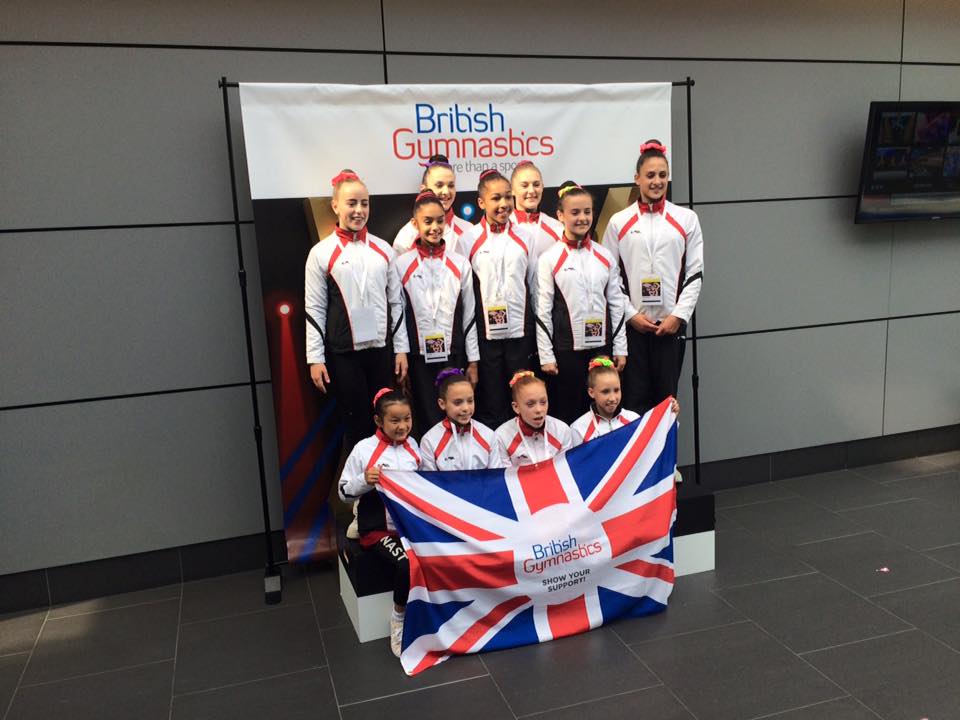 Horsham Gymnastics Centre’s Sports Acro squad had 11 competitors at this year’s British Championships, with every one of them finishing top ten ranked in Britain.

The British Championships – one of the highest ranked competitions in the world of Sports Acro Gymnastics – was held over three days at Liverpool’s Echo Arena and produced high levels of competitive competition.

In the 11 – 16 years women’s group competition Horsham had two groups competing; Georgia, Ella & Phoebe and Ella D, Myla & Zoe G. After the Friday Balance display, Georgia, Ella and Phoebe were leading the competition and both groups went into Saturday’s Dynamic display looking to reach Sunday’s finals. After the Dynamic performance Ella, Myla and Zoe just missed out on Sunday’s final, finishing ninth, but Georgia, Ella and Phoebe went through eventually finishing ranked 8th in Britain in the final.

In the 12 – 18 years women’s group Emily, Zoe S and Natalie went through to Sunday’s finals after two good displays that saw them qualify in 3rd place. On the Sunday – in what was Emily's final competition due to university –  the Horsham group put in a great performance to finish ranked 5th in Britain.

Horsham’s other competitors, the women’s pair of Maddie and Aimee, also made it through Friday and Saturday’s qualifying to Sundays final where they finished just outside the medals in 4th place; a great result given the top quality gymnasts competing.